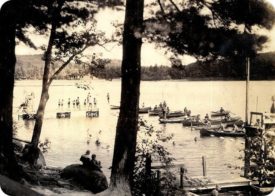 Camp Jewell was founded by the Hartford YMCA in 1901 on the banks of New Hampshire’s Lake Swanzey with all of three tents, cooking utensils and a pair of rowboats. It was named after Colonel Charles A. Jewell, then the Hartford Y’s president, in part because he was the first to contribute $150 toward those first supplies. By 1903, 75 boys attended the camp and its now long-standing history was literally in the making. To get to camp, many of the boys took the train to New Hampshire and then biked, hiked or rode horseback to the lakeside camp.

Much of our history is rooted in certain times and places, but ultimately it’s the people who’ve made the biggest impact on our camp community, and who and what Camp Jewell is today. 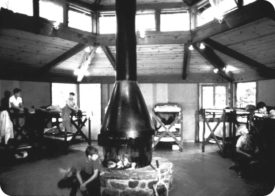 The growth of camp

The camp and its leadership continued to expand over the new few decades. By 1920 cabins and other facilities had been completed, and in 1923 one of camp’s most influential leaders had joined the ranks. Archie “Pal” Knowles served as Jewell’s seventh director until 1945. Walt Malins, who served camp as director after Pal, regarded him as a gifted leader. “Archie Knowles was the most beloved youth worker in the whole New England area,” he once said. “Everybody looked to him. He was a true Christian, a religious man, and everyone he worked with took on an aura from him.”

Mr. Malins served as the director from 1946 to 1960, overseeing the move from Swanzey to Colebrook location we still call home today. As Lake Swanzey became a popular vacation destination, it lost its remote and tranquil feeling and the search for a new home began. The Colebrook site was purchased for $55,000 in 1951. Four years later Jewell opened its doors in Colebrook for the first time.

One of camp’s most notable characters spent his first summer here shortly after the move to Colebrook. Doug “Scoobie” Ahrens, is considered the staff member to have the longest and most prolific run at camp. It’s hard to define Scoobie’s role over the years, except to say he’s been responsible for “All Things Camp Jewell.” Many staff members will remember his Scoobie Snacks, offered to summer staff in the dining hall every evening at 10 p.m. DO SCOOBIE SNACKS STILL HAPPEN TODAY? Though Scoobie no longer makes the trek from Kentucky to camp each summer, his Scoobie Snacks continue to live on during summer camp!

Many other men made significant impacts on camp, and on the relationships that have been cultivated here. As director from 1960-1965, Charlie Hanscomb, aka “Mr. Chuck,” was particularly noteworthy. He added new adventure trips to the camp roster of activities and opened the “YMCA Outdoor Center Ski Area” on what is now simply referred to as the ski hill.
Over the years there have been many changes made to the landscape at camp, from cabin improvements to additional buildings like Centennial Lodge, the Council Ring and our high and low ropes courses to name a few. But perhaps the most influential change made at camp was the shift from an all-boys, to a co-ed program in 1970. 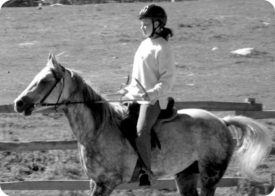 Camp leadership in the 1970s and into the early 1980s was made up of three influential men: Allen Beavers, Paul Berkel and Gordon Hodne. Much of what we think about present-day camp exists as a result of their vision and commitment to camp, including the Ranch program and the introduction of candlelight on the last night of each summer session. Paul and Gordy were known as a team of two, and still today has a devoted following made up of campers and staff whose time overlapped with theirs at camp.

More improvements were made to camp in the 1980s and 1990s under the guidance of Gary Forster, executive director, and also Paul Kamin, the summer camp director. It’s to their credit that Camp Jewell forged its way into the limelight of YMCA camping programs, where it is considered one of the strongest of its kind in the U.S.

Today, camp remains a place rooted in the traditions established over our more than 100-year history. 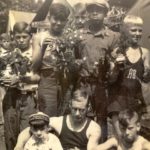 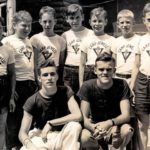 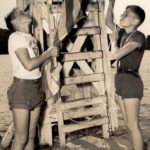 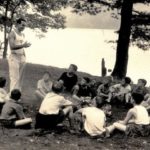